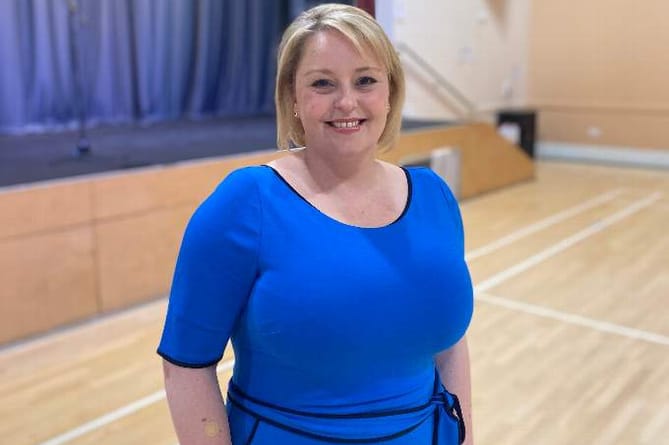 SURREY’S police and crime commissioner has been cleared of any breach of public conduct after comments she made publicly on transgender issues caused offence.

An interview in the Mail on Sunday in August sparked 40 complaints from 38 different people against Lisa Townsend, who argued against Stonewall’s vision that pre-transition trans women should be allowed in female-only environments.

In the interview, Ms Townsend referred to the LGBTQ+ charity as “a lobby group for a dangerous ideology that threatens the safety of our women and girls”.

The Mail on Sunday also reported that the commissioner was “demanding Surrey Police stop employing Stonewall”, though she told the Local Democracy Reporting Service that was not the case.

Surrey Police, like other forces, pays Stonewall for advice on transgender issues for £3,000 a year to be a member of its diversity champions programme, and another £700 for a workplace conference in 2019.

Stonewall declined a request to comment, but has previously said this about its programme: “We are proud of our work with over 900 organisations to help them create inclusive working environments where LGBTQ+ staff can thrive as themselves”.

Some complainants had objected to the PCC speaking at the October conference of the LGB Alliance, a charity to advance lesbian, gay and bisexual rights, and some alleged she had made transphobic posts on social media. The complaints themselves have not been made public.

The panel, who informed complainants by letter of the outcome on Monday, November 15, considered Mrs Townsend was acting in her capacity as PCC when she made the comments, but said she was entitled to express her views in the course of public debate and they “did not inherently interfere with the rights of trans people and could not be said to be discriminatory in themselves”.

Councillor David Reeve, chairman of the complaints sub-committee, wrote: “Her role includes addressing areas of concern raised by residents as she may consider appropriate and in the public interest.

“The PCC expressed views that she is entitled to express, and they were expressed in a way that is expected in a tolerant society.

“The complaints sub-committee did not consider there were any examples when the PCC expressed her views in a way that was indiscriminate, gratuitous, disrespectful or without showing dignity to others.”

He said they had considered her conduct only and not the merits of any side of the debate.

The Conservative commissioner said: “I believe I had a duty to raise these issues publicly on behalf of those women who had expressed their concerns to me.

“I have since been inundated with messages from the public both in Surrey and beyond, including many from within the LGBTQ+ community, who have supported me and thanked me for speaking up on this issue.

“This is a complex and very emotive topic and I know my views will not be shared by everyone. But I believe we only ever make progress by asking challenging questions and having difficult conversations.

“I want to be clear that I am not opposed to the hard-won rights of the trans community. The issue I have is that I don’t believe Stonewall recognise there is a conflict between women’s rights and trans rights.

“I don’t believe we should be shutting down that debate and should be asking instead how we can resolve it.”

The PCC is ultimately held accountable by the electorate and if the PCC panel had decided a sanction was appropriate, they would have the power only to suggest a change to PCC policy or request the PCC apologises.