A helping of festive cheer in Victorian workhouses 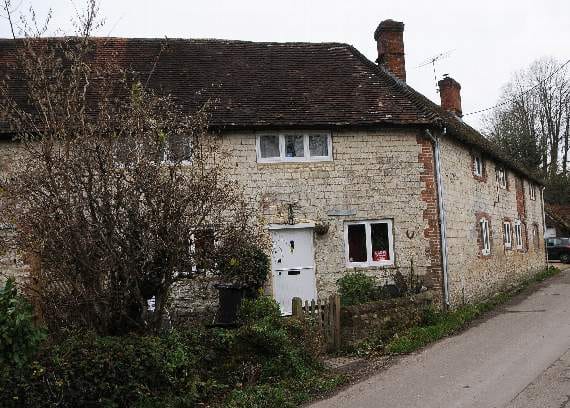 THE very mention of the word workhouse sums up grim Dickensian visions of cold and starving inmates waiting for their next bowl of gruel – and life really was bleak for those poor souls who had no choice but to apply to be taken into the one in their town.

So, for them, Christmas time could only mean another day of misery with the same boring food and no hope of a break in the harsh, daily regime to lighten the gloom, especially for the children.

Not so, for incredibly, certainly by the beginning of the 19th Century, it was the one day inmates could look forward to.

After a daily diet of soup, meat pudding, potato hash or Irish stew and gruel, a thin porridge served at breakfast time, to find their dining tables laden with fruit and the choice or either rabbit or pork on the menu followed by Christmas pudding or cake was a rare festive treat.

Census 2021: one in seven people living with disabilities in East Hampshire

Also, although alcohol was banned, men were allowed a glass of ale and there was extra milk, although sometimes it was watered down, for the babies and children. However, there would be very little jollity as men and women would still eat their Christmas lunch sitting in rows in separate dining rooms in silence.

The Christmas largesse that found its way into workhouses was due to the workhouse master and his staff sending out requests for donations to buy gifts and festive food for the inmates and presents for the children.

Wealthy citizens obliged and sent in meat and fruit, toys, sweets, pipes, tobacco and snuff and strong ale, as this was something the staff would not buy.

Some of the workhouses even had Christmas decorations on the walls, although, of course, Santa would not be calling on the children. They may be given an orange, as a rare treat, or maybe a present if there was enough to go round depending how generous the rich folk had been.

In 1905, Edward VII gave three guineas to Kings Lynn workhouse so they could buy a Christmas tree and by then conditions had improved across the country for inmates and they were getting three substantial meals a day with men allowed two pints of beer, children one pint and women a pint of beer and a pint of tea.

At Christmas, music became part of the celebrations, either someone playing a donated piano or a mouth organ and inmates might even have had the odd dance or two which must have lifted the spirits for those whose fortunes had sunk so low their only hope was the workhouse.

Surprisingly, from the late 18th Century to the early 19th Century there seemed to be a workhouse in most towns and villages. Froyle opened theirs in 1788, Binsted, Odiham and Farringdon in 1793.

Alton’s workhouse was already sheltering 60 inmates in 1777, but in 1793 the town’s new workhouse was built on Anstey Road and the building is still there, although it’s now converted into flats.

It was the last resort for people either because they were too poor or too old or too sick to support themselves or refuge for an unmarried, pregnant woman thrown out by her family.

However, no matter what your circumstances you still had to apply, and it was a lengthy procedure with new arrivals placed in a receiving or probationary ward before being examined by a medical officer. Anyone with an infectious illness would be placed in a sick ward.

Once admitted inmates, or paupers as they were called, were not allowed out without permission because they could be charged with theft of their workhouse uniform which was compulsory.

Able-bodied inmates could go out to seek work or a parent visit a sick child in hospital or a family funeral otherwise they would get through more administrative paperwork and in the case of a man the whole family would have to leave if he left.

Many of the elderly inmates, in the days before care homes, never left the workhouse but they would be given medical attention and cared for and, if they had no relatives, given a pauper’s funeral.

It was better to be in a rural workhouse rather than one in a big city – Charlie Chaplin never forgot experiencing the grim conditions in Lambeth Union Workhouse – as there were fewer inmates and there was more access to healthier food provided by local farms.

Alton’s workhouse is described in 1866 as having ample accommodation for all inmates – men and women in separate wards, with infectious wards at the back of the building but no separate sick wards for children.

Basins for washing were provided and lavatories for the able women, pump, trough and hand bowls for men, but baths only in the receiving wards. The inmates were given warm clothes and able men employed pounding stone and gypsum, old men worked in the garden, and the women did needlework and household duties.

The children were sent to Crondall School and a chaplain conducted the Christmas Day service heralding at least one joyful day for the inmates.