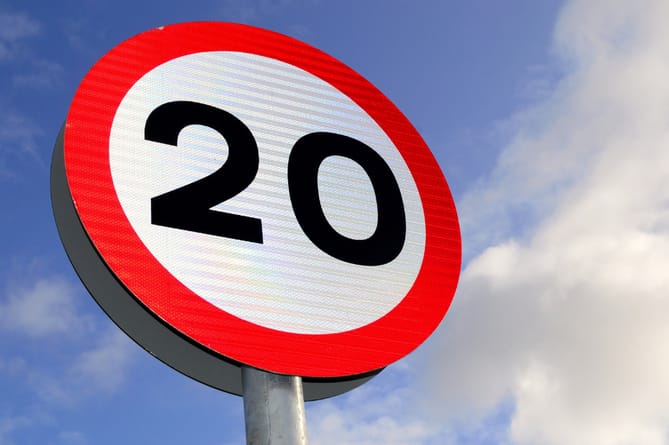 Compulsory 20mph limits should be rolled out outside all schools, hospitals and in every town centre in Hampshire, a Whitehill district councillor has said.

Hampshire County Council is currently consulting residents on whether to roll out compulsory 20mph speed limits across Hampshire – and Whitehill, Hogmoor & Greatham councillor Adam Carew has backed the proposal.

He has, however, expressed concern at the county’s proposal to roll out a blanket 20mph limit for all residential roads in Hampshire.

“Personally I think 20mph should be compulsory outside all schools and hospitals and town centres, but I would not want it extended further unless it’s an accident blackspot or has strong local support,” he said.

FAOS' production of Sweeney Todd in Farnham Maltings is brilliant

“If Hampshire County Council are thinking of extending 20mph to all residential roads, as they have in Portsmouth, they should trial it in certain areas first and consult again.

“There may be some support for the latter in some places but that support needs to be tested.”

However, Cllr Carew – a former opposition spokesman for environment at the county council and long-term county councillor until his retirement last year – conceded the county is “far more likely to go for a Hampshire-wide 20mph limit for all residential roads than roll this out on a case-by-case basis”.

This, he added, was “simply due to the administration and legal expense” involved in a piecemeal approach.

He also expressed his support for more speed indicator devices to remind people of any new lower speed limits, but objected to the heavy use of speed cameras.