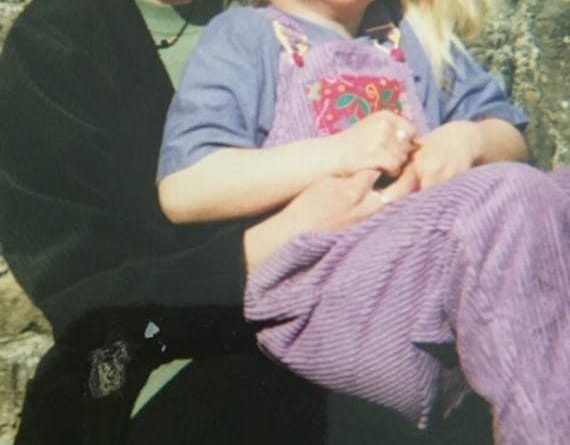 Tammy and her mum in happier, carefree times

A YOUNG woman from Newton Valence, near Selborne, is planning to run The Hurt 2018 Fell Run in the Surrey Hills to raise awareness and funding from the charity DrugFam.

Tammy Masefield, 32, lost her mother to heroin addiction last August and, since then, she and half-brother Mickey Rowland, 25, have drawn great comfort and support from DrugFam.

Set up in 2006 by Elizabeth Burton-Phillips, after she lost a son to heroin addiction, the charity aims to provide “a lifeline of safe, caring and professional support to families, friends and partners who are struggling to cope with the nightmare of a loved one’s addiction to drugs or alcohol, and to those who have been bereaved by addiction or related causes”.

For Tammy, DrugFam has indeed provided a lifeline which has seen her through some dark and harrowing times and is helping her to cope with the loss of her mum.

Tammy said: “Losing someone to addiction is difficult. There is an underlying feeling of resentment but also guilt that you should have done more to help, but it is just really hard to cope with someone who is addicted to drugs.”

According to Tammy, her mother, who lived the last 20 years of her life in Devon, dabbled in drugs before she was born and initially gave up after her birth. But, when Tammy reached the age of five, her parents split up. She remained living with her mother until the age of seven but went to live with her father when things became difficult at home. Her mother then married Mickey’s father who, according to Tammy, was a heroin addict and she resumed the habit.

Although she did go to visit her mother, until the age of 16 their meetings had to be supervised.

“After that I saw her from time to time, but it (drug addiction) is a very hard thing to be around. It is very painful to watch and you can be driven to the point of despair when a person you care about is ruining their life in front of your eyes, and there is nothing you can do about it,” said Tammy, who recalled how three years ago her mother took an overdose and ended up on a life-support machine in intensive care for three weeks. Having remained in hospital for five weeks after that she then went to rehab, but it wasn’t long before she was back on drugs.

“It was very evident at that time that she just wasn’t going to last long. She had respiratory problems and wasn’t eating or looking after herself properly,” said Tammy.

It has been a particularly harrowing experience for Tammy who fell out with her mother the month before she died, which makes her incredibly sad.

When the call came for the final time to ask them to come to the hospital, she and Mickey raced there from different parts of the country and made it in time to say their farewells – their mother was still conscious but unable to talk.

She died, aged 53, from pneumonia and respiratory failure.

Having been close when they were younger but grew apart due to the situation, one good thing to come out of this sadness is that the two siblings have reconciled their differences and are determined to try to help others who may be in a similar situation.

Mickey grew up in care but is now in a stable relationship and studying sports science in Plymouth. Tammy, who lived with her father and has a partner in the Army, has her jockey’s licence but is currently working with polo ponies and is thinking of studying to become a drugs counsellor.

She has recently undergone spinal surgery on her back following a bad fall, but they are both in training for The Hurt Fell Run on June 2, to raise money for DrugFam.

While Mickey is tackling the 21k route, Tammy will follow the 10.5k trail - both of which will take them along tracks through pine forests and up and down very steep and rocky hill sides, promising “sensational views, jelly babies and pain!”.